Maria Paula Curado received a Doctor of Medicine degree and a PhD degree from the University of Goias. From 1990 to 2006 she held the position of Director of the Goiania Population-Based Cancer Registry in Brazil. This registry was able to produce data in order to be included by the International Agency for Research on Cancer’s (IARC) volume VI-IX of Cancer Incidence in Five Continents.

Maria Paula Curado regularly trained cancer registrars from Portuguese countries in Africa and Brazil. She was one of the Editors of Cancer Incidence in Five Continents volume IX. She was also elected from 2002 to 2006 as Regional Representative for Latin America at the International Association of Cancer Registries (IACR). She joined IARC in 2007 to work within the Cancer Information Group, her main duties being to organize workshops and advisory missions to evaluate and support population-based cancer registries in low- and medium- resources countries as in Africa, Latin America, Caribbean and Asia (Vietnam, India and China). 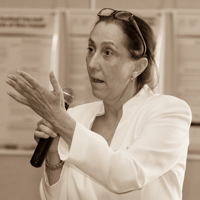 She also has experience in collaborative multicentre studies, including Head and Neck Cancer in Brazil INHANCE and the Concord study with London Hygiene School on survival. She is currently a Senior Researcher at the International Prevention Research Institute with the aim of promoting prevention research in low- and medium- resources countries.

The content of each section below is in alphabetical order.